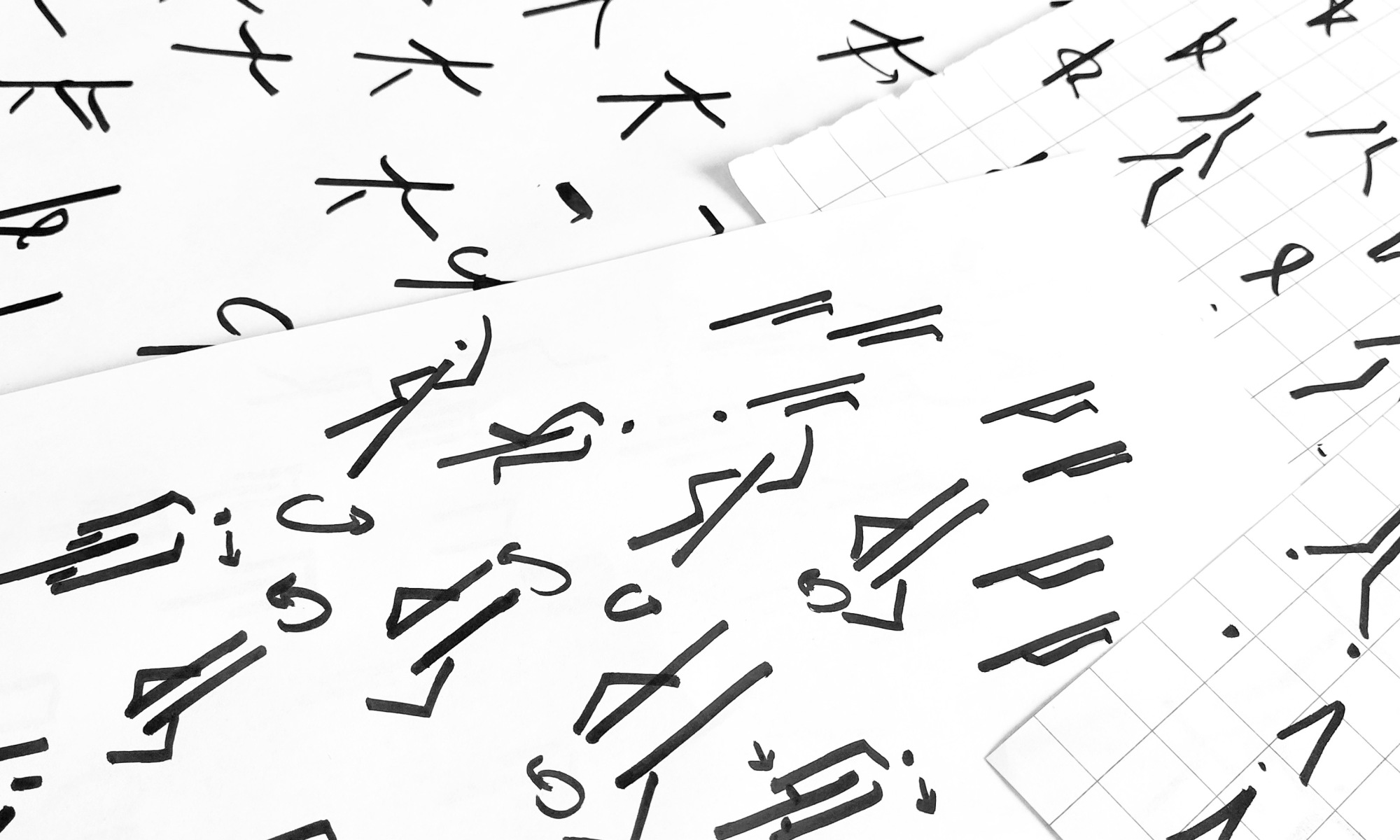 Technology of organizing and directing my improvisation material on the different-sized squares.

After the Covid-19 change of direction in my delivery means on March-April 2020, I felt the urgency to find a way to efficiently perform the squares before the camera without dropping one of my major presuppositions of embodying the shape: dance improvisation. Additionally, the tightness of my time-scheduling required for reflection on the already produced material, organization of it according to the experience I wanted to create in each square (see also a related technology I used for problem 2) and the dramaturgical line of the project and, also, an alignment of it with the dancing for the camera and the storyboard of the screendance film I was aiming at.

So I have started extracting my fertile improvisation material out of endless video recorded rehearsal footage going back to April 2019 by keeping notes. After I realised the failure of language (in my case words were so many, I couldn’t find anything after I reached the third page of notes), I started thinking of other (visual) ways of representing movement, organizing and documenting it, that would also give me the possibility of easily surfing along the notes and thinking through them. I developed a technology of pen and paper (in this case squared), based on pictorial codification of movement through logographic glyphs*.

The idea is to first document selected movements from my previous rehearsal footage, which appear to be generic for each square’s dramaturgy. I am doing this separately for each square, watching only the parts of the footage that are relevant while drawing. It is a challenging way of depicting dance movement, since I must gather my graphic skills to create a minimal, but understandable (at least by me) picture, representing the basic structure of movement, rather than fully documenting it.

So, again I play with sensation, kinesthesia and logic. In order to produce one glyph, I spend some time on the clipboard drawing numerous alternatives. While doing this I keep watching the same movement in the video again and again. I follow a logic of depicting only the parts of the body that appear more active, therefore, representative of this movement. For example, when the head is missing, it’s because it doesn’t do something other than looking straight at the direction the body is going. According to the same logic, the body is depicted either en face, profile or in birds-eye view.

The materials I am using is two different marker pens and an A5 squared paper notebook. I resulted in those materials after experimenting with pencil, other markers of different textures and blank paper, and concluded in them because the give exactly the right clarity and detail and function I want for this kind of technology. The squared paper allows me to categorize successfully the movements and the squares without messing up with complicated and different layouts, thus I allow me to retrospectively add, or find something easily. The layout of the notebook consists of the pictorial glyph, a very short description of it in very small text and an identification whether this movement shows up while walking along the edge of a square, passing the middle of it, or turning in its corners.

This technology is still in progress.

In the lights of creating a dance movie based on semi-structured improvisation, this artificial processing of my material is triggering me to go deeper both in understanding and filming improvisational movement.

*Pictorial scripts were invented by the Egyptians and they are a pictographic form of narration. Each picture/glyph served three functions: (1) to represent the image of a thing or action, (2) to stand for the sound of a syllable, and (3) to clarify the precise meaning of adjoining glyphs.